The History of Underfloor Heating Systems 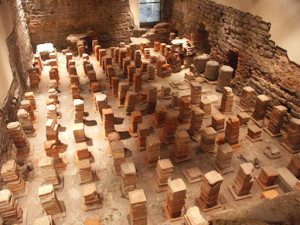 Underfloor heating is something that is becoming increasingly popular with both home-owners and developers alike. It’s an added touch of luxury for your home that supplies heat in an extremely efficient way. Plus, it gives you the chance to walk around the house barefoot in comfort, regardless of what the weather is doing outside.

Slippers are so overrated, aren’t they?

However, this was once a privilege afforded only to the most exclusive of homes. A preserve of those with a high budget for building or renovation work. Thankfully, the heated floor is not so much of a rarity these days but one thing remains surprising…its history goes back further than you may imagine.

The origins of the concept of heated flooring are first noted in Korea as far back as 5,000 BC. There is evidence to suggest that they had baked or heated floors which would later become known as ‘ondol’, meaning ‘warm stone’. By 3,000 BC they were using a fire hearth, both for heating and as an early form of oven. It is thought that the Koreans were using double hearths for these separate functions by 900 BC.

In around 500 BC, the Greeks and Romans had adopted the idea of underfloor heating and they were both using hypocausts, a primitive system that involved the floor being raised up on pillars while hot air passed through the space beneath.

A replica of a traditional Korean ondol. Image via Korea Times.

It was the Koreans, however, who continued to lead the way with their innovative heating systems. By 200 BC they were using an ondol that was split into two sections, the gudeul and the budamak. The gudeul was the central heat releasing part of the ondol, while the outer perimeter, the budumak, was used for cooking purposes.

There is a significant divide in the way Europeans and Asians heat their homes by the time we get to 500 AD.

While people in Asia continued to use ondols, in Europe the preferred heating method was now to use open fires. In stark contrast, the focus in the Middle East at this time was on keeping cool, and they did so by packing the gaps in the walls with snow. One can only imagine what a tiresome job this must have been.

Palaces, and the homes of upper-class people, used a more developed and sophisticated form of the gudeul by 700 AD, while the use of hypocausts was more typical to countries in the Mediterranean basin. Hypocausts were being used in both private homes and public baths in this region, but the ondol continued to develop in Asia.

By 1000 AD the fire furnace was usually outside, with the inside of their homes floored entirely with ondol. It was this particular arrangement that would come to be regarded as the most advanced true ondol system there has ever been.

As we leap forward to 1400 AD, we see that hypocausts are more in evidence. One of the many places where these underfloor heating systems could be found around this time was in the Turkish Baths of the Ottoman Empire. 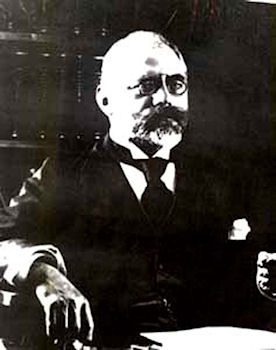 Hans von Pechmann, the German chemist who discovered the polyethylene plastic which would be used to make the underfloor heating pipes that warm our homes today.

With another jump forward in time we reach the nineteenth century, where studies were in full-swing to develop heating methods that used water, boilers and piping systems in Europe.

Research included surface reflectivity, thermal conductivity and surface emissivity. It was this research that would lead to the beginnings of the central heating system as we know it today.

In 1899, Hans von Pechmann, a German scientist, realised that there was a waxy residue left in the bottom of a test tube following one of his experiments. Two of Von Pechmann’s colleagues, Friedrich Tschirner and Eugen Bamberger, called this residue polymethylene.

Although it had no use at the time and was discarded, it was this substance that would become the most widely used plastic known to man. It would also become an integral component in all wet underfloor heating systems by virtue of the polyethylene-based pipes used to transfer the warmed water beneath the flooring.

Then, in 1905, Frank Lloyd Wright visited Japan for the first time. It was this trip that led him to apply the early forms of radiant heating that he discovered there to his own heating plans later on.

In England, 1907, Professor Arthur H. Barker invented a system to warm panels using small pipes and was granted a patent for his design. Europe and America were, by this time, well in advance of the Asian countries that were still using the traditional ondol heating systems which had already been around for centuries. 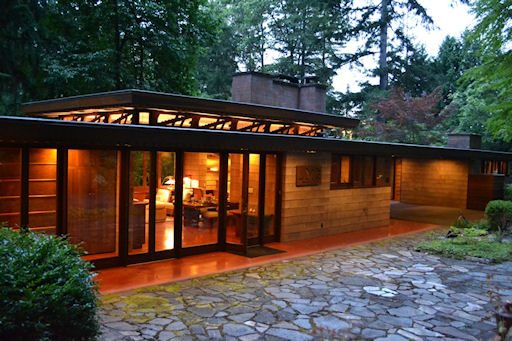 A ‘Usonian’ style home designed by Frank Lloyd Wright in 1952.

The 1930s were a time when great progress was made in terms of heating systems. In 1930, Oscar Faber first used water pipes to heat and cool homes. His work was closely followed by the aforementioned Frank Lloyd Wright, who designed Herbert Jacobs’ home in 1937.

This was the first ‘Usonian’ home, a term used by Wright to describe his future vision of the USA. Wright used underfloor heating systems in Jacobs’ Home and the method became a feature of all Usonian builds from that day on.

A major development in domestic heating systems occurred in 1945. William Levitt, an American developer, used water based radiant heating in thousands of homes that he built in a huge development intended for GIs returning from WWII.

This was the first time this type of heating was used on such a large scale, and it proved that it could be incorporated into almost any design project.

As we move forward into the 1950s, The Korean War wiped out the wood supplies that the Koreans had previously used to heat their ondols and, as a result of this, they were forced to use coal as fuel instead – often with deadly consequences. Flue gases from the coal-fired ondols killed many Koreans in their homes.

Research into potential materials for heating pipes also took place during this decade. Polyethylene, vinylidene chloride and a vinyl and chloride copolymer were tested by Dr J. Bjorksten at Bjorksten Research Laboratories over a period of three winters. In 1953, the first polyethylene plant in Canada was built.

The first underfloor heating using water pipes was installed in 1960 by an NRC researcher in Canada. In 1965, Thomas Engel invented a method of cross-linking molecules using peroxide to stabilise polyethylene. He patented this method, but later sold the license options to pipe producers in 1967.

In 1970, Korea once again played a role in advancing heating technology. Architecture in Korea at that time involved the construction of many multi-storey houses.

Unfortunately, as mentioned before, using coal-fuelled ondols in these homes led to many deaths from the flue gases, so these systems were removed and replaced with water-based systems.

The 1980s were a period when using underfloor heating systems became more widespread in every corner of the globe. In Korea, water-based heating systems were used in nearly all residential buildings.