How Much Does Underfloor Heating Cost to Run? 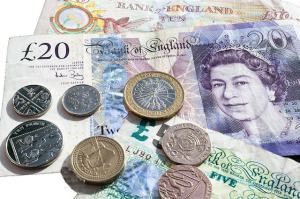 This is one question that, quite naturally, gets frequently asked. By frequently, we mean lots…lots and lots. Unfortunately, however, ‘How much does underfloor heating cost to run?’ is also one of those questions where the answer always begins with, ‘Well, it depends…’

We’re brave souls here at underfloorheatingexpert.com though, so we’ve grasped the nettle and accepted the challenge. Let’s take a look at a few things that will – hopefully – shine a little light on this, the unanswerable question.

The first variable – How old is the building?

It stands to reason that older buildings are less likely to hold their heat as well as their newer counterparts. What with the changes in both awareness and technology when it comes to all things energy, the differences between a pre-1930s property and one that was built in the last 10 to 15 years can be quite staggering.

Poorly fitted doors and windows, cavity or timber frame walls and badly insulated loft spaces are just some of the common problems in older properties, and they will all cost you money in lost energy. The good news is that all of these issues can be fixed – which will significantly lower the amount of energy needed to keep your house at a desirable level of warmth, and cut your bills in the process.

Variable number 2 – The current insulation in your property 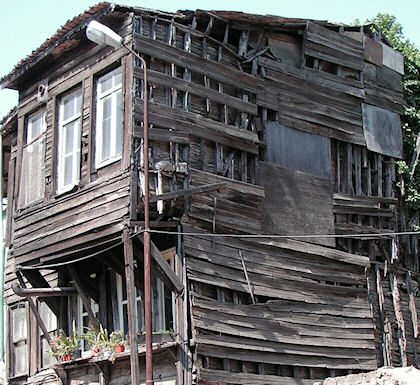 As mentioned above, the state of your current insulation can adversely affect your ability to maintain an energy efficient home. Making sure that any and all issues are dealt with before laying your underfloor heating will greatly increase the efficiency of the system and result in significantly lower energy usage.

Not only that, if you are considering fitting a new renewable energy source and would like to enrol in the governments Domestic RHI (Renewable Heat Incentive), your home will need to meet the standards required to obtain an Energy Performance Certificate (EPC) anyway.

It is also well worth UK homeowners checking out the Green Deal too if they are intending to make any energy-saving improvements to their property. Loans can be arranged for everything from standard loft insulation through to the installation of solar panels in some cases, and these are paid off by the savings you’ll make on your energy bills. Once the loan has been repaid you will be left to enjoy the benefits of the energy savings yourself.

Underfloor heating (UFH) is a broad term that is used to describe ‘what’ is happening rather than ‘how’ it happens. There are two main types of UFH; water-fed and electric, or wet and dry as they are more commonly referred to. As a general rule of thumb, when it comes to running costs, dry UFH is more expensive than wet UFH. The cost of installation, however, is the opposite; plus, electric UFH is often more suitable for many projects, especially DIY retrofits.

While there may be two different types of UFH that you can have installed, the number of ways the heat is actually passed through them is far more. Obviously, for the dry UFH system you have electricity and, well, that’s it, but for the wet system things are a little more diverse.

Wet underfloor heating can be run via all manner of heat sources as it operates in a similar fashion to a normal central heating system, using warm water to generate the heat. As this is the case, anything from standard and combination boilers through to ground source heat pumps and biomass systems can be used. With such a variation in efficiency between each of these sources, this would be a major consideration when determining just how much running a wet UHF system would cost.

That said, even an old standard boiler running a wet system would work out to be a cheaper option than a radiator based system using the same boiler due to the nature of the way it heats the room.

For the dry UFH system you do have the option of taking yourself off of the grid altogether by fitting solar panels to your home. This will see a dramatic reduction in running costs and it could even end up earning you money if you decide to sell some of your electricity back to the grid. 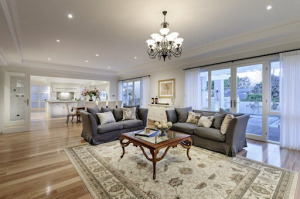 The final point to take into consideration is the size of the room that you are looking to heat. While this may seem obvious once you think about it, it’s amazing just how often this is overlooked when people are considering having UFH installed. The equation for this one is simple – the bigger the room, the bigger the bill!

There you have it. Those are the five reasons why the question ‘How much does underfloor heating cost to run?’ is such a difficult one to answer. A good installer will be able to give you a ballpark figure if you supply them with all of the answers to the above points, though, so don’t be scared to ask. At least now that you’re armed with this information you won’t have them rolling their eyes when you do!

Feel free to leave us a comment if you have any further questions.

<< Underfloor Insulation – is it Worth the Trouble? Central Heating Radiators Vs UFH >>