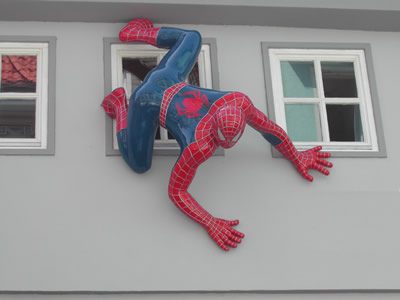 Spider-Man laughs at all concerns about electric underfloor heating!

Despite the fact that it has been on the market for some time now, you do still see the question ‘Is electric underfloor heating safe?’ pop up from time to time on DIY forums across the net.

Although many fitters and manufacturers scoff whenever it’s mentioned, it’s easy to see why someone who’s not familiar with the system would ask that question.

After all, we spend most of our days connected to the ground so the thought of it suddenly turning into a crackling bed of electricity is enough to turn anyone cold.

Well, anyone but Spider-Man.

Modern day systems have many safety features built into them that leave very little (if any) room for error. Electric UFH works in a very similar way to the elements that can be found inside an immersion heater, but with one key difference – temperature.

Unlike immersion heaters, a underfloor heat mat does not need to reach very high heats in order to be effective. In fact, the wiring that carries the current does not need to get very hot at all, with 40°C being the maximum setting for most layouts.

Of course, when we ask ‘Is electric underfloor heating safe?’ it’s not necessarily the temperature that is our overriding concern. For many, it is the thought of electric shocks that make them think twice.

Although their anxiety is understandable, there really is no need to worry on this front either. All of the cabling used to make up the circuit has an outer jacket that protects against the electrical resistance that causes the wire to generate heat.

This coating is generally made of either PVC or fluoropolymer, both of which provide a barrier from the electrical current and protection to the elements themselves during the installation process.

The safety doesn’t stop there either. Even if the outer jacket that surrounds the cabling was compromised, there are circuit breakers built in that would cut the power in the event of a fault.

It’s also worth keeping in mind that there is the added protection of the screed and flooring that will provide a further barrier from any contact with the cabling too. 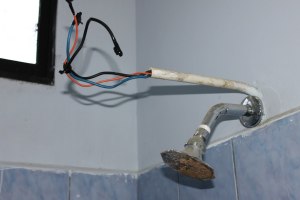 It’s well known that these two do not make good bedfellows, but when it comes to electric floor heating this is not an open-and-shut case.

Obviously you don’t want to be purposely flooding electric UFH with water, but the system does work well in both bathrooms and kitchens were water is naturally present at all times.

Many people have even successfully installed electric UFH into their wet rooms, so water doesn’t affect a properly designed and fitted system in any way.

The fact is that electric UFH has a pretty solid reputation, and for good reason. Many are surprised to find that the concept has been around in one way or another for the best part of 60 years, with the Scandinavians being especially fond of the method.

Over this time, any of the earlier faults that were present have now well and truly been dealt with – leaving us with a very safe system indeed.

Hopefully, this article has helped to assuage any worries that you may have had so you can now move on to choosing the right system for your home.

If you know anyone who has concerns about electric underfloor heating please feel free to share this with them by clicking on the social media buttons on the left of the page.